All You Ever Wanted to Know About Insurance

Self-Driving Cars: Who is liable in an accident? 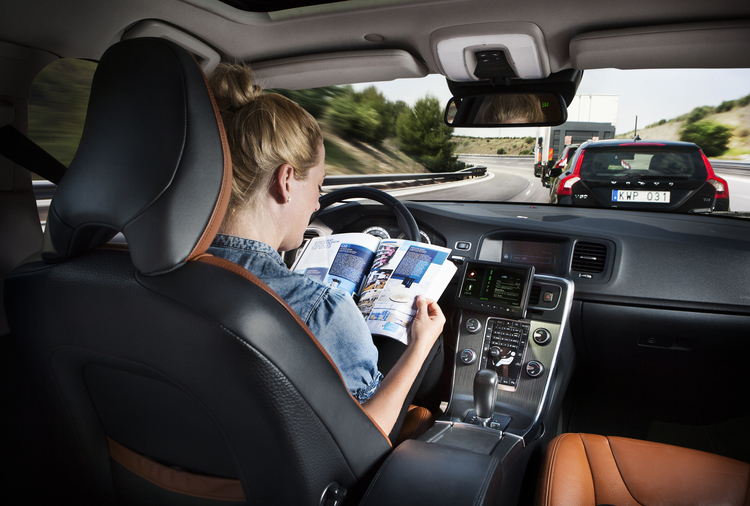 A recent article in the USA Today highlighted the insurance questions many have involving self-driving cars. The article stemmed from an incident involving a Tesla Model X and Phoenix police motorcycle last week.

The officer, who was in front of the Tesla, stopped for a traffic signal, police said. After also stopping briefly, the Tesla began creeping forward, prompting the officer to jump off his motorcycle and move away. The officer later estimated the car was moving at about three miles per hour, police said. There were no injuries or no damage. The driver's allegation that his Tesla was in self-driving Autopilot mode when it tapped the motorcycle opens the door to questions of who is responsible.

If cars with partial self-driving tech crash, who is responsible?

With the level of automation today at level two or below, it’s the driver who is responsible if the car crashes, said Bryant Walker Smith, an assistant law professor at the University of South Carolina.

“Anything that’s below level 3, it’s clearly a human that’s supposed to be doing part of the driving,” Smith said.

Smith, who recently authored a 74-page report on automated driving and product liability, stressed that liability isn’t a binary concept. There can be multiple parties at fault in any given collision, and multiple parties can be sued.

But it should be noted, he said, that the vast majority of crashes are caused by human error. And many crashes involving driver-assisted cars are caused by the other vehicle. Automated cars are forecast to reduce the likelihood of human error, making driving much safer than it is today. But, as cars become more and more autonomous, Smith said, it is believed that liability will shift from driver to car.

If an autonomous or driver-assisted car breaks the law, does the driver get a citation?

In the future, automated cars likely will be programmed not to speed, run lights or commit other common traffic offenses. Kevin Biesty, deputy director for policy for the Arizona Department of Transportation, said in cars with dual modes, it’s going to be a matter for law enforcement to investigate whether car or human is in control of the vehicle.

If a car is in autonomous mode, where would the citation go? What does in mean to be in control? Can you still be cited for a DUI?

These questions are ripe for court consideration and may be determined by case law.

Not necessarily, Biesty said. To date, there are no special drivers’ licenses for driver-assisted vehicles. Rather, there could be some instructions given by the dealership, just like they would offer for any advanced feature on a new car.

Biesty said more of the driving regulations, however, could shift to from driver to car, and therefore from state to federal government. It’s the National Highway Traffic Safety Administration that currently approves new technologies in vehicles, and Biesty said this protocol shift likely could continue as technology advances. Eventually, Biesty said, this could strip state motor vehicle departments of one of their core functions — licensing drivers.

Will autonomous cars be specially marked, or get special license plates?

“At this point we don’t really see a need for it, specifically for our department,” Biesty said.

However, there’s a possibility that other agencies may want to distinguish these vehicles from others. Biesty noted that this was the case when alternative fuel vehicles emerged. It was the first responders who asked for these designations since there would be differences in how to deal with an electric vehicle versus gasoline.

“But for right now,” Biesty said, “nobody has asked.”

Give us some info and we'll get quotes from multiple companies.